After having both graduated from The National College of Art and Design Norway in Oslo (today known as the Oslo National Academy of the Arts) in the late 1970s, von Krogh and Grieg embarked on separate paths while remaining true to the craft methodology. Whereas von Krogh became a studio ceramicist – creating works for numerous commissions and exhibitions – Grieg dedicated her time to teaching – running the textile department at her alma mater.

Producing her own pieces, Grieg’s main focus has been the rich Norwegian tradition of rug-making, knitting, and weaving; techniques that have historically resulted in folk costumery and cultural tapestries. Exhaustive research into different dyes and fibre variants has allowed her to explore themes like Norway’s naval heritage and especially its mooring ropes. For Insubordinate Creatures, Grieg began a new series of abstract and suspended helical sculptures that shed light on this history.

Emerging on the scene just as Norwegian craft pottery resurged in the late 1960s, von Krogh established her practice on both artistic and artisanal terms. Her ceramics play with optical effects to highlight political and historical issues. For von Krogh, the medium is an almost archaeological means of making statements about mankind’s shared experience. Her works manipulate perspective and scale while embracing the vessel as a symbol of the female body.

Both employ Postmodern treatments: semiotics, elements of style, ornamentation, colour, and shape to create cohesive creations. “The works of Grieg and von Krogh activate the space they are in,” Norwegian Crafts director Lars Sture describes, “at the same time as they highlight the tension between two and three dimensions, space and surface, reality and illusion. Often their pieces take on a size that gives them a bodily presence – they appear as sculptures expressing themselves as purely aesthetic objects, ideas, and metaphors.”

Crossing paths again, the craftspeoples’ respectively cultivated oeuvres are brought together for this showcase by the scenographic design of British architect Sean Griffiths. His interventionary concept plays on the two- and three-dimensional qualities of both master’s work. Painted outlines suggests the presence of rooms-within-rooms, interacting with the formal illusions the exhibited works project. “When viewed from certain specific positions, the coloured stripes coalesce into three dimensional illusions of rectangular shapes that frame and support the art objects,” Sture adds. “The frames can either seem to be floating in response to the hanging textile sculptures by Ellen Grieg, or they sit on the ground framing Elizabeth von Krogh’s vessels.” 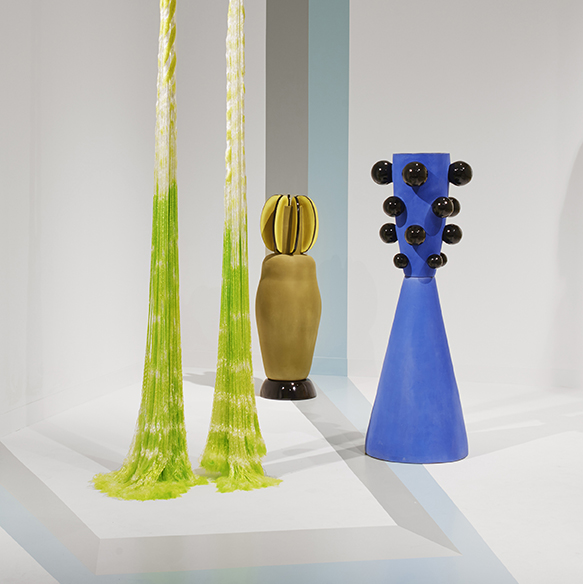 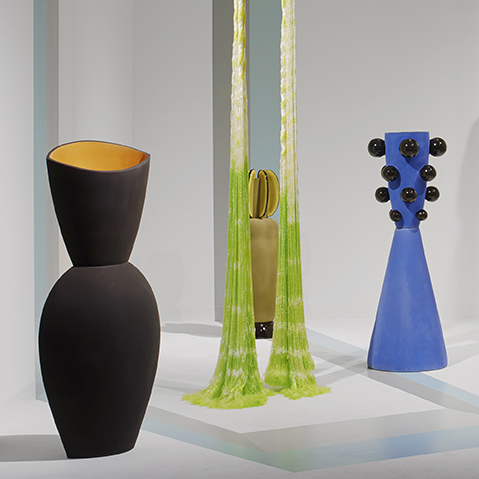 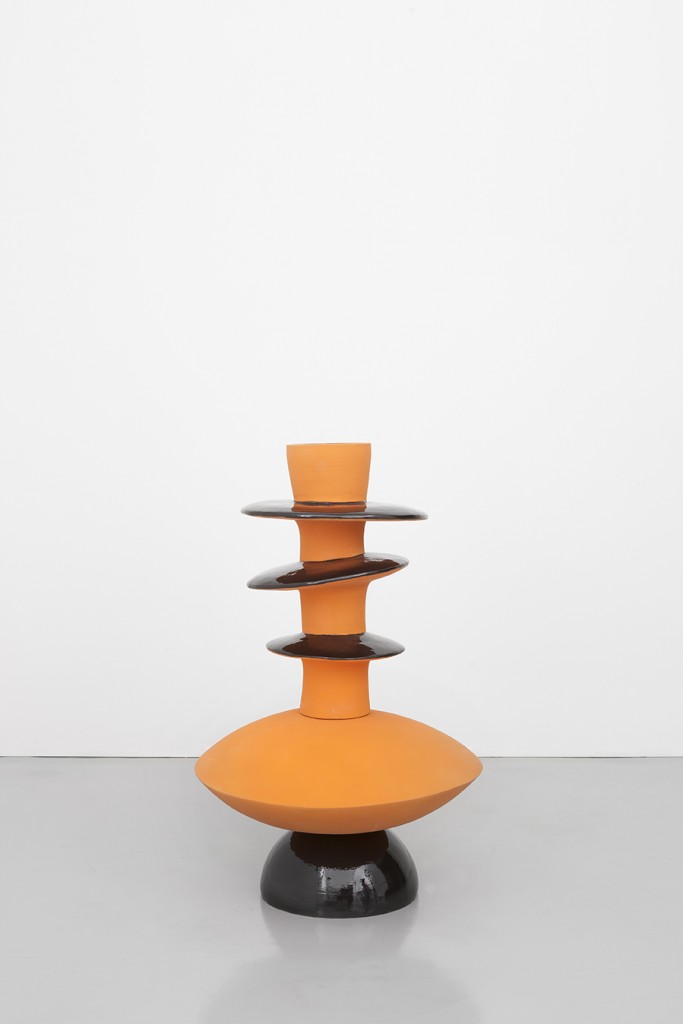 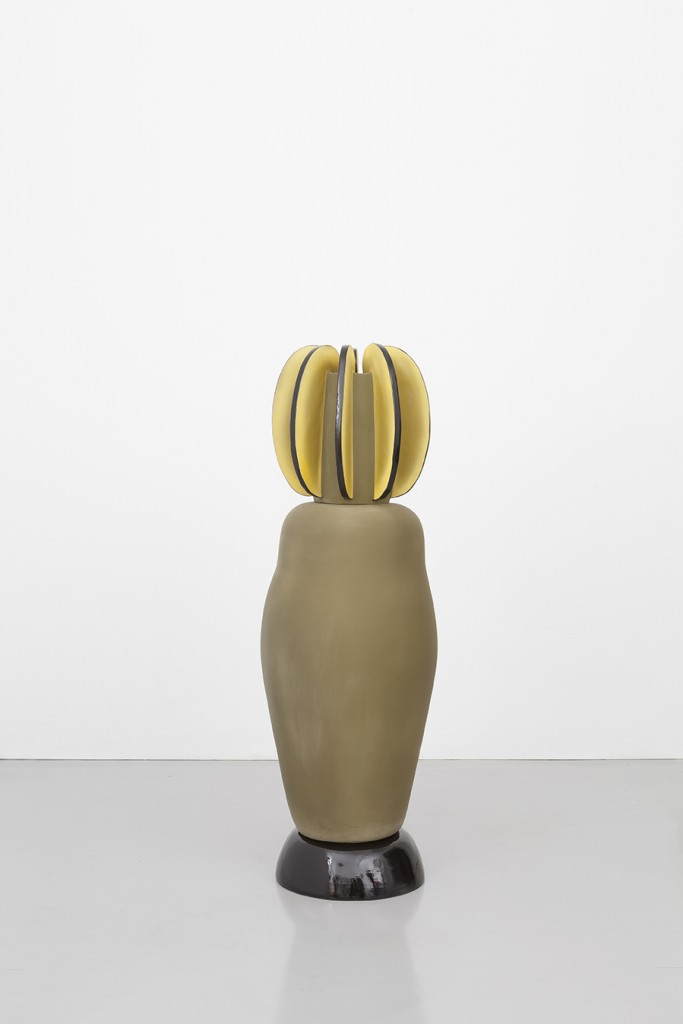 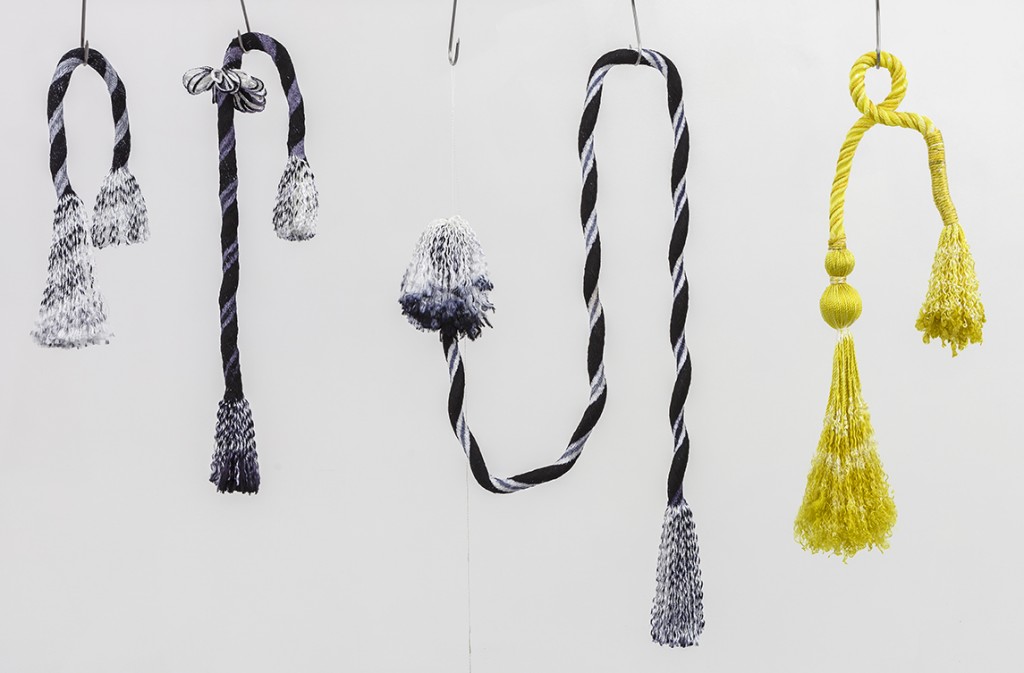 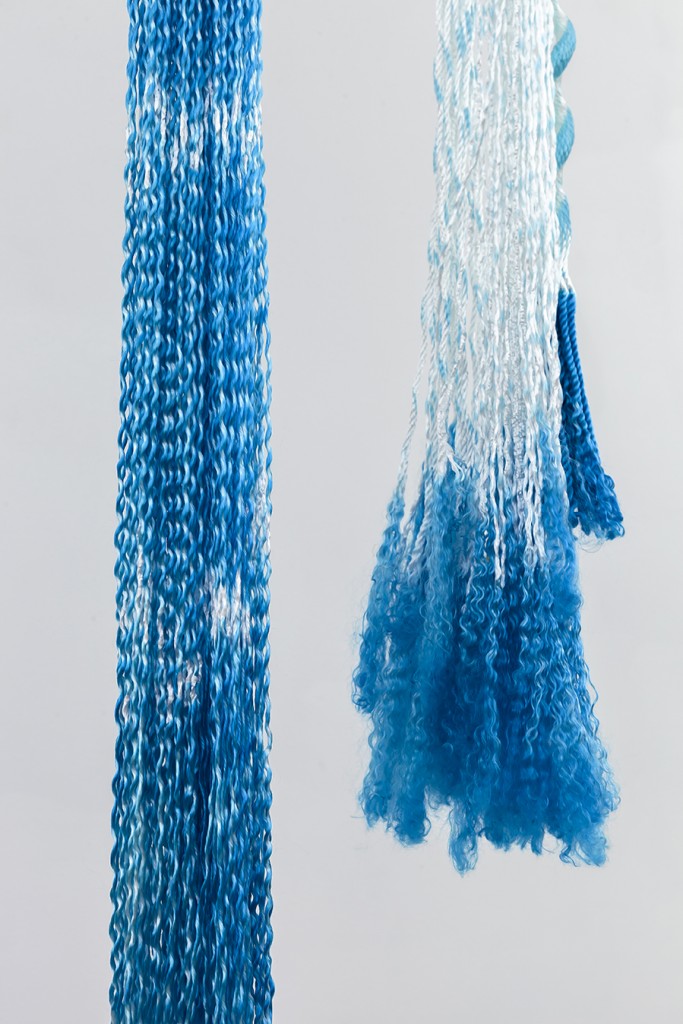 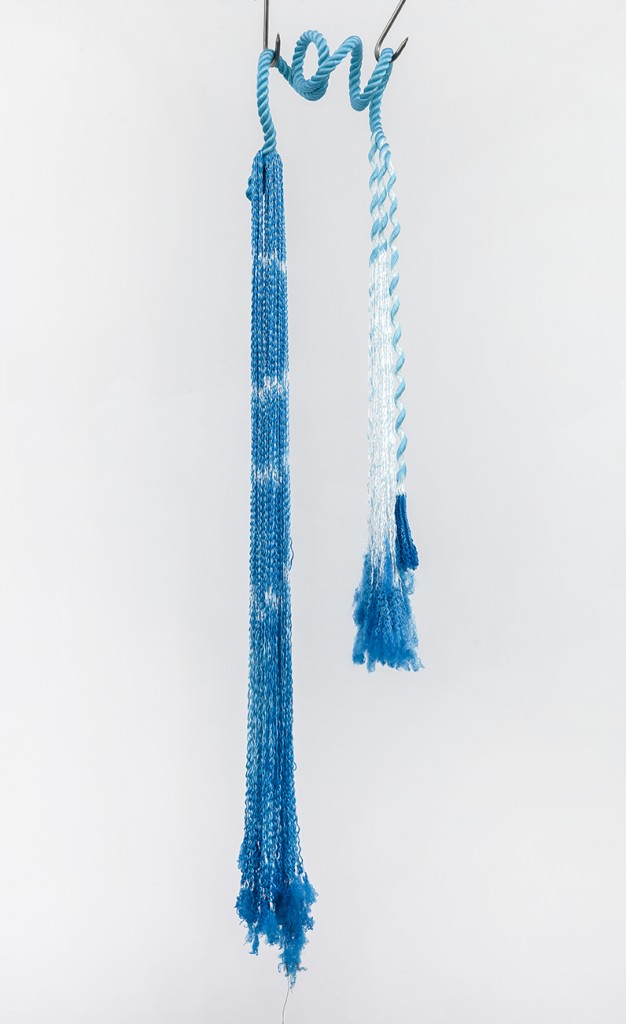 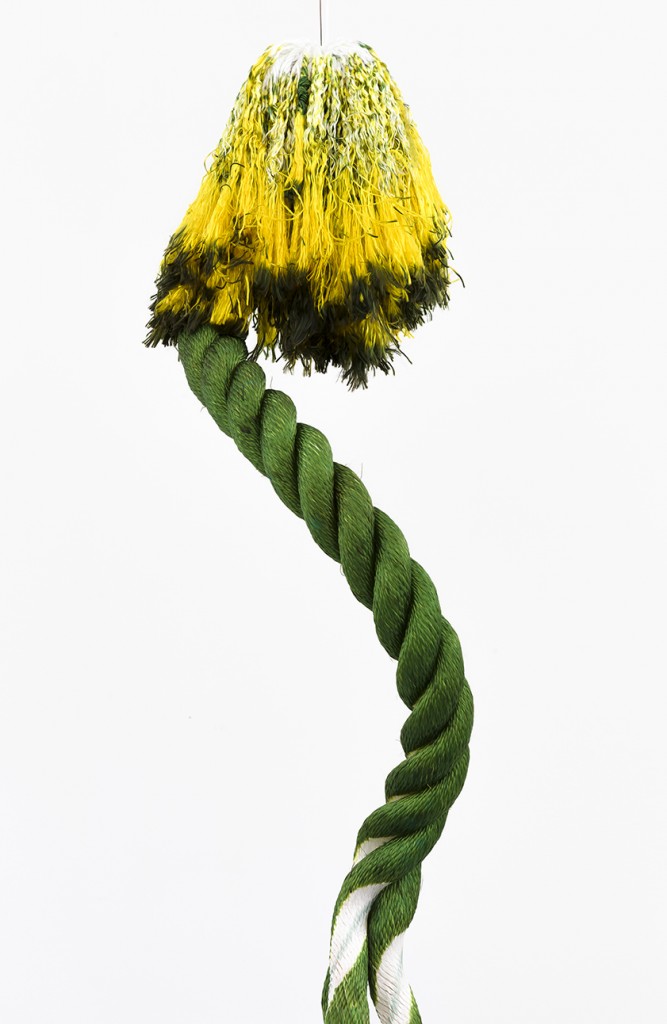 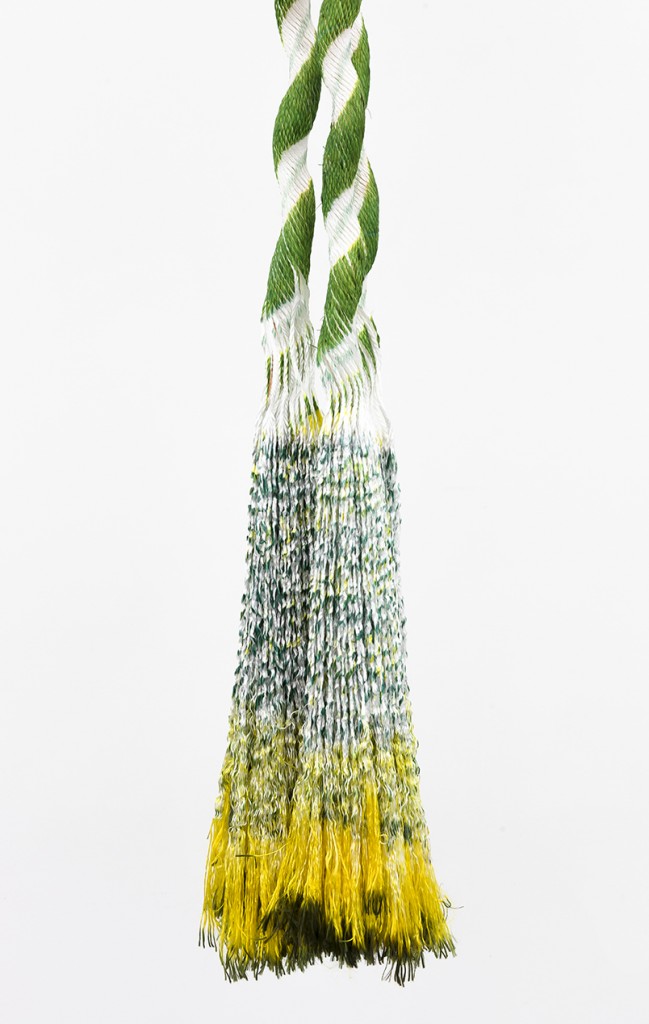 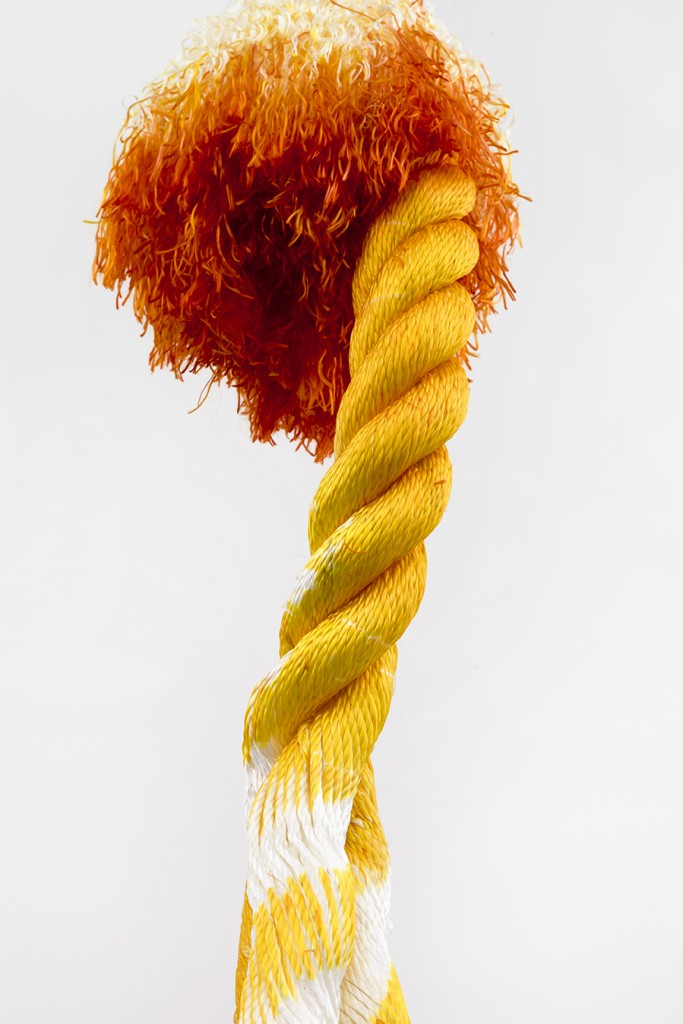 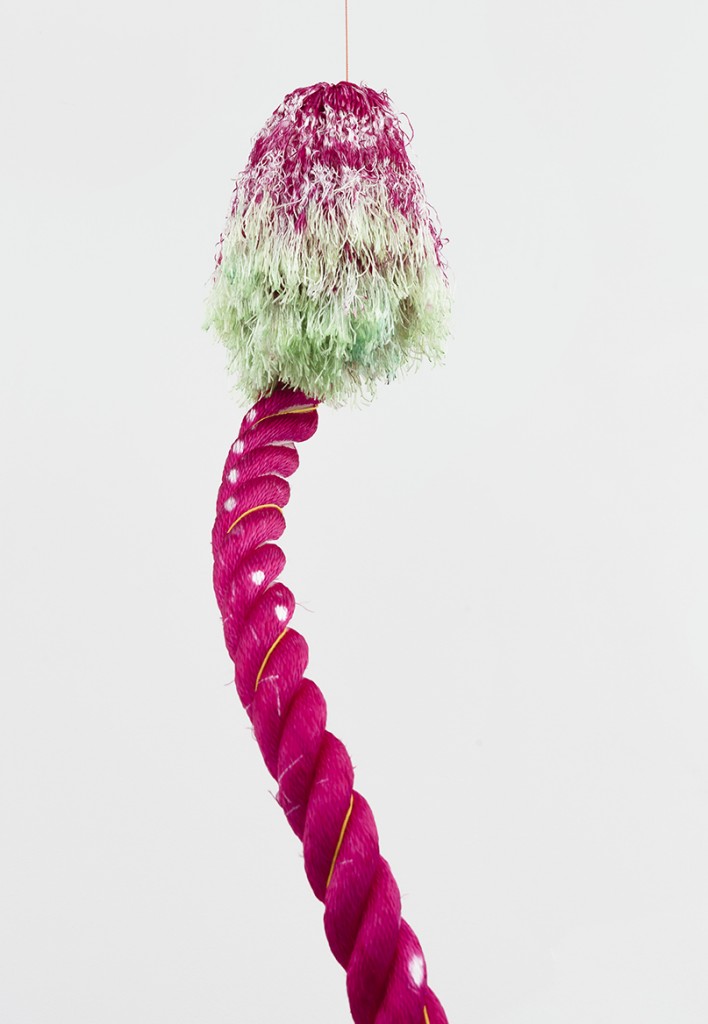